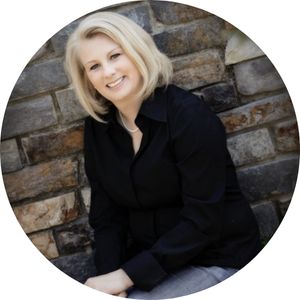 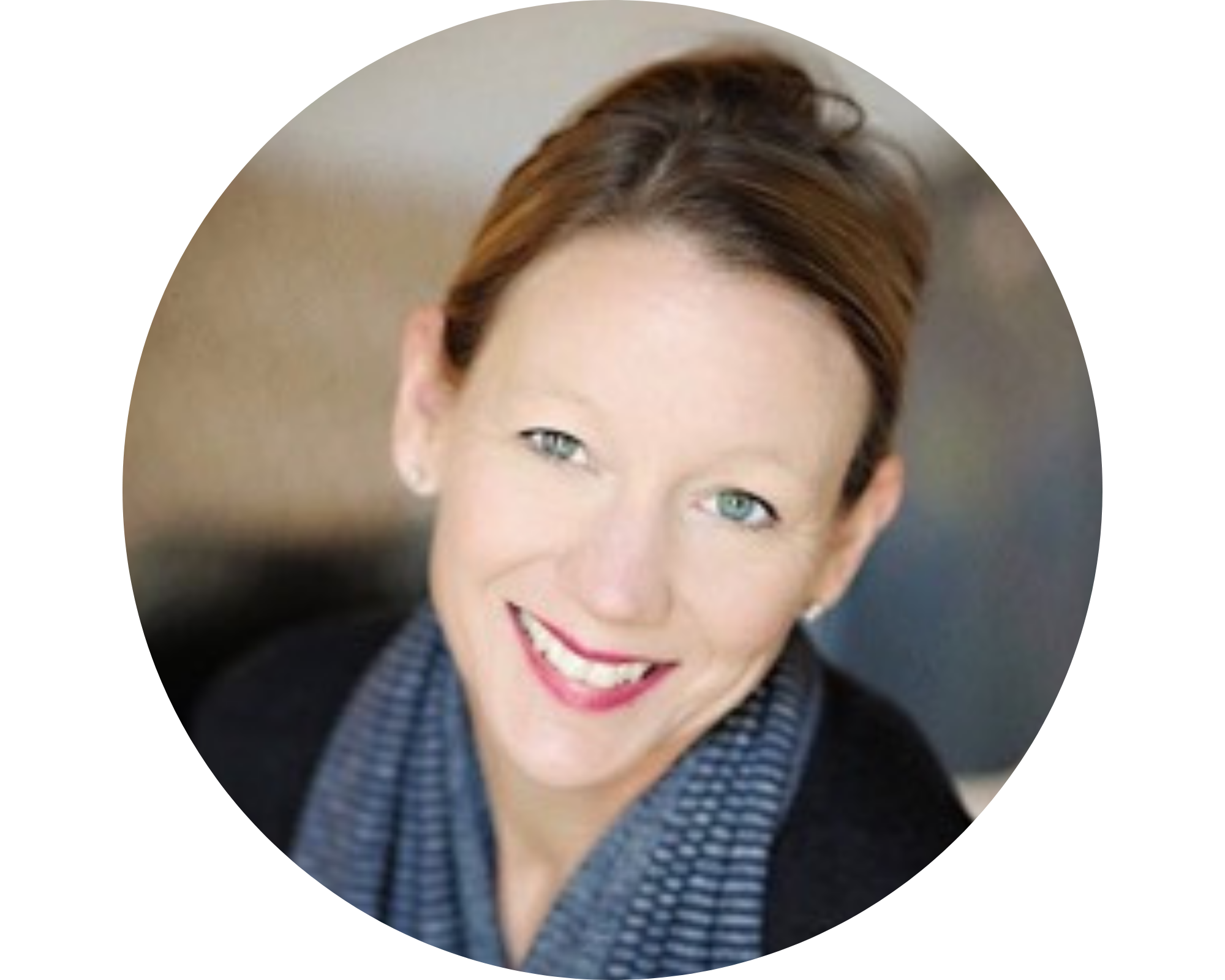 Penelope Wyer Barrow has over 30 years of teaching experience and 25 years of teacher training experience, most notably as an assistant to Romana Kryzanowksa in the development of the first certified national training center in the Southeast. Her instructors teach all over the metropolitan Atlanta area, as well as throughout the state of Georgia, the Carolinas, Nevada, Oregon, California, New York and Florida. Her strength as a teacher trainer lies in her ability to closely mentor each student, offering a hands-on approach throughout the entire certification process.

Penelope began her Pilates studies during her dance career in New York City over thirty years ago. Although she taught throughout her years of performing modern and classical ballet, Penelope decided to pursue a formal certification through the Pilates Studio in New York City to work with world renowned Pilates master teacher Romana Kryzanowska and her staff at Drago, including Sari Mejia Santo, Bob Liekins and Juanita Lopez. Immediately following her certification, she was chosen by the Pilates Studio to direct the first national certifying program in the southeast at the Atlanta Ballet in Atlanta where she assisted Romana, Sari and Juanita with all seminars and apprenticing.

As the first certified instructor in the state of Georgia, Penelope launched Atlanta as a top Pilates destination. In 1999, she opened Body Central, in Atlanta, where she trained and directed a staff of over 20 Pilates instructors. At Body Central, she began her own certification program in 2002 to train teachers traditionally as she was trained by Romana in New York. In 2004, Penelope joined the staff of Urban Body Fitness where she avidly helped with the creation of Urban Body Studios, a 17,500 square foot, state of the art Pilates and Yoga Studio, the following spring. Penelope served as the Director of the Pilates Program for Urban Body Studios and once again began a classical training teacher training program to provide classical Pilates instruction for the Atlanta area.  In 2011, Penelope helped launch, direct and teach at the first Atlanta Classical Pilates Conference with Brooke Siler, Chris Robinson, Dorothee VandeWalle, Peter Fiasca, Mejo Wiggins and Dana Sante.

Currently, Penelope is exclusively teaching private clients in both Asheville, NC and Greenville, SC while guest teaching throughout the Southeast as a teacher trainer. She has written her own 300 page teacher training manual, and is now at work on a book for teachers on classical matwork and the art of the transition. Her work has been featured in The Atlanta Journal Constitution, Atlanta magazine, Upscale magazine, Fox Networks (both local and national) and CNN’s Healthwatch, and has been quoted in Time Magazine, among others.  She specializes in core training for athletes and has instructed members of the NBA, NFL, the Olympic Rhythmic team, the Olympic Basketball team, and the Atlanta Ballet, as well as competitive runners, triathletes, golfers, cyclists and divers, most notably NFL Hall of Fame football player, Shannon Sharpe and Olympic Dream Team basketball player, Steve Smith. In addition to athletes, Penelope is sought after in the Atlanta and Asheville area for actors to maintain strength and flexibility while on location. 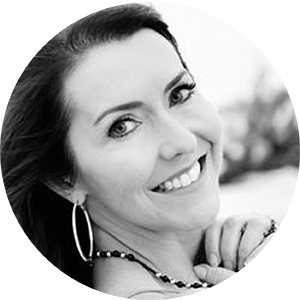 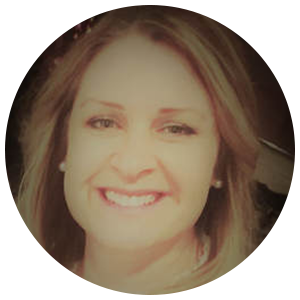 Carey Taylor, Pilates instructor and Personal Trainer, has over 25 years of experience in the fitness industry. She is classically trained in the Pilates Method through the PhysicalMind Institute for all mat and Pilates Apparatus work. She is an active member of the Pilates Method Alliance (PMA).

Carey is also a Certified Personal Trainer through the American Sports and Fitness Association. Over the span of her career, she has completed several workshops and certifications in several wellness modalities including: HIIT, Spinning, Kickboxing, Water aerobics, Barre, Prenatal and Youth exercise, Functional Training and Sports Nutrition. She continues her education in order to keep current with the latest in wellness research and best practices.

Originally from southern Maryland, Carey has had a Pilates practice in various locations around the country, and has worked with private and corporate clients. She has worked as a Fitness Contractor with the U.S. Navy, designing and implementing fitness programs for active-duty service members as well as their dependents.

Carey and her family have recently relocated to the Raleigh, North Carolina area, where they are enjoying the many perks of southern living, including the warmer weather.  Currently, Carey travels between Maryland and North Carolina to serve her Pilates and Personal Training clients. 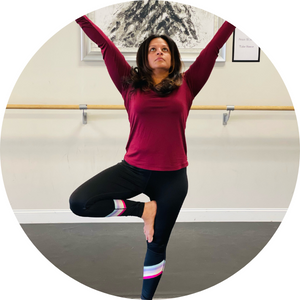 In 2005 I was introduced to yoga by a friend. Little did I know it was going to change my life for the better.  The mat became my sacred place and took me on a 16 year journey.  My journey led me to Republic of Yoga in Cary, NC in 2019 where I trained under my phenomenal teacher, Nicole Nichols.

In my almost year-long training, I was forced to sit in my silence and to really listen. Silence can be a scary place for many people because it forces you to do the necessary work. The work only brings you closer to your core or your center. Taking the time to really understand who you are at the end of the day not only changes you but changes your relationships. Yoga is not about the perfect pose or even how flexible you are–it is what you learn about yourself while your breath is guiding you into your pose. You learn resilience when you fall out of a pose and get back in.  You learn strength while balancing in a pose. You learn calmness while sitting in a pose.   When your feet touch the mat every practice is a new beginning. A chance to restart and learn something new about yourself.

After finishing my adult certification I decided to become certified as a kids yoga instructor and obtained my certification through Growga in Chapel Hill, NC.  When I worked for a nonprofit years ago I was working with at risk youth in schools, alternative schools, juvenile detention centers, and afterschool programs.  I continue to teach kids today and in my opinion yoga is an excellent tool for kids to have access to whenever they need it. Yoga can teach kids to take that important pause before they react. It can teach them kindness, compassion, empathy, courage, strength and love. All of these values will not only help them, but will also aid them in having good relationships with themselves and others.

I hope to see you all soon in my classes! 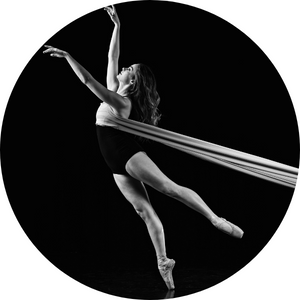 Sarah grew up in Houston, TX, and has been in North Carolina since 2020 with her husband. She is currently obtaining her Doctorate of Physical Therapy at UNC. Sarah has a range of interests within the field of PT, including orthopedics, burns, and sports rehabilitation.

Sarah obtained her Bachelor’s of Science degree in Kinesiology with a focus in Dance Science at Texas A&M University in 2018. It was in this program, where she was introduced to Pilates as a method to address instability and weakness in herself and her peers. She incorporates her passion for the body and the way that it was created to add challenge and education into her classes. She loves the look on people’s faces when they’re able to engage a muscle they never knew they had. It is that moment, that people are able to gain control of their bodies and take control of their health.

“Pilates leads to strength, symmetry, stability, and alignment. There is always more to learn about your body and your body’s capacity.” 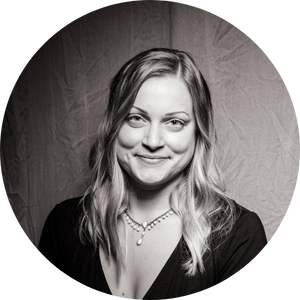 Growing up as a dancer, I have always been drawn to movement. My journey with yoga and Pilates started over ten years ago and has expanded into something that resonates so strongly with me, I feel grateful to be able to share my love of these practices with others. I feel everyone can benefit either mentally, physically, emotionally, or a combination of all three from these practices. The challenge comes in simply finding a way to integrate these movement philosophies and practices into your life.

I am a 200 hour Registered Yoga Teacher who received my certification from Yandara Yoga Institute in Todos Santos, Mexico. I am a Balanced Body Certified Comprehensive Pilates Instructor who trained at EHS Pilates in San Francisco and San Mateo College. I am a TRX certified instructor and Barre Above instructor. I am also a Reiki Master. In 2020 I became a certified Master Pilates Instructor through the National Pilates Certification Program and began to host teacher trainings through various host studios. I love being able to share my experiences with future instructors. I am constantly learning new modalities of movement and healing and integrating this knowledge into my work with clients to help them move the best they can. I have been teaching in the South Bay, Monterey, and Santa Cruz since 2013.
Beside my love of movement, I also have a deep love and respect for the ocean and a passion for animals. 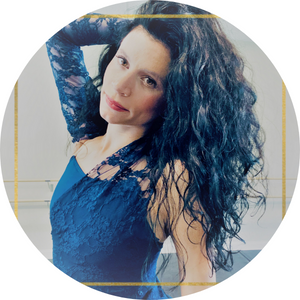